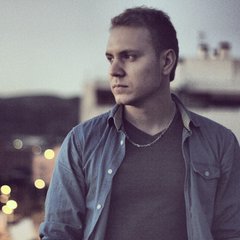 I am a Concept Artist working in the Video Game industry. Specialized in but not limited to, Environment and Character design, preferring realistic visuals before stylized.

I worked for almost 3 years (early 2015 - late 2017) on an IP called "HIVE: Altenum Wars" at Catness Game Studios. It is a video game in which I worked as a Lead Concept Artist coordinating a team of illustrators and 3D modelers. During my time at this company I worked closely with the developers on world building aspects and lore of the project. Although most of my job consisted in creating and proposing character, environment and creature designs to the team, I also worked on several Illustration pieces, making promotional art for marketing purposes.

After my journey through Catness Games I embarked in another adventure with Kiko Blasco, a Narrative Designer I have much respect for. We worked on his project "Sons of Dawn" for a year (2017-2018). Although I got the chance to contribute my 2 cents to the background story, my main job on this project was to imagine and design a race of humanoid creatures called "Urien" and a special division of human prosecuted forces called "Sholem" along with many other environment concepts for different locations, including natural landscape exploration sketches and architecture design elements. I also worked on storyboards for illustration-based animations to act as short films to introduce the audience to critical moments of the story-line. As an aditional product, result of the exhaustive character biology exploration, an encyclopedia-format image series was created to detail an Urien's body.

I worked with an Art Director to produce illustrations for a fantasy based project called "Nahui Ollin" at Nosolorol (2018-2019). It is an RPG tabletop game that comes with an explanatory book providing instructions to ensure a pleasing and immersive playing experience. The images created for this project range from individual Character design concepts and final illustrations to Creature design of the same nature and several Keyframe paintings to help players understand their adventures.

"Arker: The Legend of Ohm" is a title I worked on at Arker Labs (2018-2019). Coordinating myself with the narrative design team was a crucial step since there was also a defined brief by the development team already. My job consisted of creating high end illustrations used both as in-game content and promotional art. However it was not limited to generating splash art only, but also environment pieces to convey the mood and feel of the world itself. Previous concepts and exploration sketches were needed before committing to the final piece. Several Keyframe paintings were required as well, some falling into the "Splash art/Marketing art" category and some related entirely to an illustration-based short introductory animation that narrates part of the lore to put the audience in perspective with the story.

I am looking for a triple AAA project experience and I am open to job opportunities. Available worldwide.
Feel free to contact me at the highlighted e-mail address above or any of my social media.