Depicting Ankora as a City

I thought of having the buildings adapted to different environment conditions. Different levels, from completely flat to almost entirely vertical. Since this area is mostly a bay surrounded by cliffs, adaptation would translate into architecture variety.

Thumbnail sketches of different shots across the city.

A zoom in into the city, hopefully helping me to understand the scale and shape of it.

Experimenting with those shapes for an indoor market of a bigger scale.

Sketches for a small shop

An attempt to visualize the streets. This was done in an early exploration phase of the project, where I thought the entire city was going to lay over water.

I went on and off with this city for a long time until I finally decided the direction and aspect I wanted to push it towards. It is a bay area, where adaptation defined the variety in architecture. There are structures build over the surface of the water to surround the port and be closer to the market area. Downtown lays on almost entirely flat soil but as we progress towards the giant cliffs surrounding this place, we can see houses built next to rivers flowing from uphill. And finally, almost entirely vertical structures adapted to the vertiginous conditions of those natural walls, that are partially covered by small waterfalls. 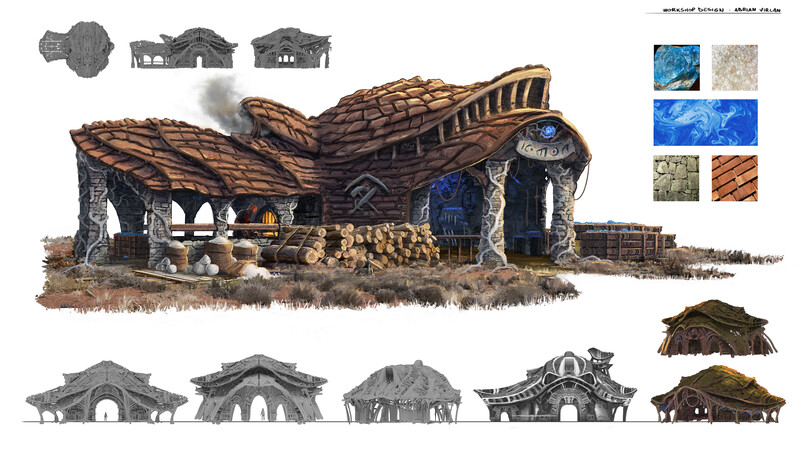 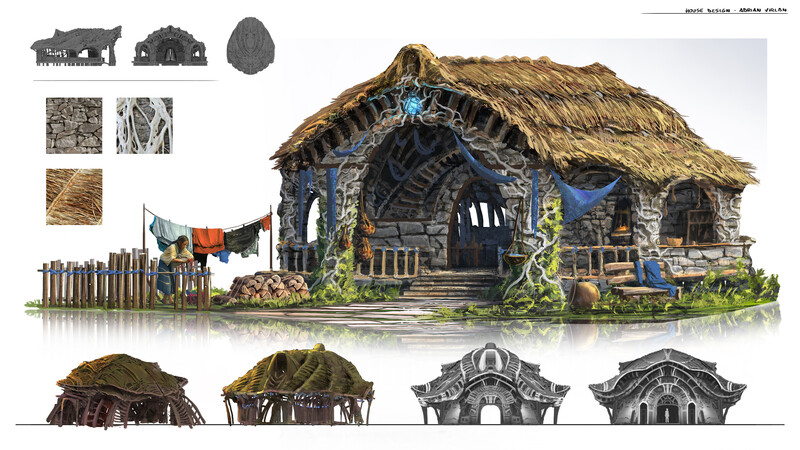